Personality profile tests are promoted as providing information about how a person will actually perform and behave in the workplace or fit within an organization. They rely on statistical surveys where averages are collated generating ideal averages then placed in an algorithm for testing.

These averages of others have only a random relationship with the test taker, measuring only temporary moods and attitudes. This is born out by the low ration from repeat testing.

Identical twin studies show that the statistically, majority of personality variants are due to heredity with the rest influenced by the environment and guardians.

These studies show for example, if a child is genetically shy and withdrawn by nature, guardians can slightly increase or decrease this tendency but not cause the child to become a bold extravert in daily life.  This twin study is extremely valuable as these twins were born together but raised apart. In this way, shared behaviors could not be linked to parenting skills. It turns out that over 50% of our personality is genetically determined.

They also discovered that written personality tests were less accurate than observing how people behaved. After all, people not only want to answer the questionnaire to reflect their best side but they are also open to self-deception.

Also, there is the reason for taking the test in the first place to consider. If I am applying for a sales job, I know not answer that I prefer being alone or I dislike competition. So in the end, it seems we are born with what I call a Genetic Starter Kit. From there, our environment triggers our genetic predisposition. So, while genetic starts us off, it is the responsibility of our guardians to trigger and empower our positive behaviors.

The takeaway from the study for parents is not to treat children the same. They should guide the child to fulfill their own unique individuality and cultivate qualities that beast help express their inner identity.

Let’s begin with the definition of personality. It has been shifted and transformed throughout the years causing a great deal of confusion.  There has never been a complete agreement however; they seem to have repeating components. One acceptable version of personality captures the way we behave; a collection of emotions and behavior patterns unique and consistent over time.

Some also include thought patterns as well but they are not observable. Another says that personality consists of behavior patterns and intrapersonal processes originating within the individual. Consistent behavior patterns of unique people are also called individual differences.

Furthermore, this established approach promoted the political correct illusion that the human personality is so complex that we are effectively born a blank slate. This is why we are taught that we can be anything we want if our guardians, teachers and environment support us. Unfortunately, through genetic research, this approach to personality is utterly false.

As it is, many personality profile tests only attempt to capture what the conscious mind observes leaving the unconscious and subconscious out of the equation.  Why, they want to study what can be observed. Yet, these missing factors together explain human motivation. It is as if these tests are missing the most crucial half of the human dynamic.

A popular format for categorizing personality consists of four dimensions of observable behavior; introversion vs. extroversion, intuition vs. sensation, thinking vs. feeling, and judging vs. perceiving. Such categories however are too broad to inform anyone of future behavior. They are also very common and as a consequence, very different people do in fact fall under these same dimensions. More importantly they are triggered by external events. We all become extroverts when angry.

As it is, any form of self-reporting reveal our natural faculties that are common to everyone as pointed out decades ago. This information cannot collate into a neatly formed personality to be used as a method of assessing an identity.

Research has consistently found only a minor relationship between test scores and actual behavior. I often refer to the sales training industry for statistics linking testing and behavioral predictions.

The Life Insurance industry for example, always used personality profile tests in their recruiting process. Yet in 2001, the Wharton School of Business released their findings that there is no known correlation between a subjects observable talent, skills and aptitude linked with the ability to sell.

Many of these companies abandoned their use due to the lack of efficacy and began demanding trainees have saved several thousand dollars before their sales training, as their performance could not be adequately predicted.

The foundations of these personality tests are generated from the test scores from huge groups of people arbitrarily selected and ultimately categorized. If enough descriptions are made available on a test,  the test subject has a greater chance of finding what describes them. At the same time, the finite number of questions restricts other possible behavioral descriptors that are beyond the scope and number of questioning in the test.

Gordon Allport claimed there are over 5,000 possible human traits available.  A test based on observable behavioral data could not comfortably accommodate enough questions to adequate cite and verify this many traits. So, while there may be 100 causes to one action, the test can only cover 2 or 3 ignoring the rest. Since we often do find ourselves in the test results, to what degree can the test explain real behavior?

This poor relationship between personality test scores and actual performance is typical. Now, with the test scores so close, how much would they change if the questions were different? We will never know.

If a test designates you are a “judging” type, it does not offer any reliable information to say if our Bob would be a good leader or sales representative. It is the test giver who makes this inference to the subject.

This is a common complaint about these tests when the results are accumulated from test answers with numerical averages.  They can only infer that a person may be a certain way some of the time and not others. Such vague results are of no value to a hiring manager but can reveal interoffice behavior patterns.

Even when a test offers greater detail such answer still lacks efficacy. What if Bob’s management skill registers 60%? Does that mean 6 out of 10 employees will work well with Bob? Does that mean all 10 will get along with Bob 60 % of the time. Would this score apply to all projects? As you can see there is no predictability. What’s the point?

These questions also offer only a minimal and hypothetical context. Our Bob may be punctual to some meetings and not others. However, the test is not sophisticated enough to distinguish or predict this performance. Moreover, how we answer behavioral questions is influenced by our current emotional state. In fact, people have reported scoring differently as time moves forward. It is also common knowledge in the psychology community that again,  it is very easy to fake personality tests and people do. The personality test seems to also test if the subject knows how to manipulate the test.

Personality does not make decisions nor does it analyze the options in life. Just as temperament, personality is a style and an approach to expressing the inner and outer sense of  self, as the physical observable effect of a prior cause. Traditional personality tests are not testing the correct target for assessing predictable behavior.

We remember and forget only to retrieve information latter.  The spontaneity of thought does not rise from the conscious, the thinking process is too long but the subconscious is spontaneous in the form of intuition that spawns thought. Conscious thought is slow and methodical compared to epiphanies that are instantaneous.

Our life motivations are therefore the non-verbal, subconscious and unconscious intuitions that are beyond verbal descriptions. Ironically, most personality profiling tests demand that you first know who you are in order to answer the questions before you can learn who you are!

So, if the test administrator wants to know the observable style of expression, these tests are extremely valuable. However, for locating inner motivation in order to predict job performance for example, they are asking the wrong questions or looking for the wrong psychic function.

Again, if you are not getting satisfactory results with your assessment tools, it could also be due to the natural human necessity for self-deception. Test subjects often manipulate their answers in order to get the desired results. They also consciously select a behavior they would prefer they displayed rather than a less desirable one. Then there is the very real possibility they have been deceived by unconscious motivations they were utterly unaware of then or now.

According to current psychology, self-deception is a normal selective memory process for the preservation of individual identity. It is a denial or disassociation and rationalization to preserve one’s self-conception. It is an identity preservation skill that individuals, groups and even nations possess.

Amelie Rorty, Harvard University professor and Editor of THE IDENTITIES OF PERSONS for example, cites 6 approaches to self-deception:

1) deception consists of behavioral dispositions and mental habits rather than isolated incidents:

2) such dispositions are socially reinforced encouragement often elicited by the self-deceiver;

3) deception may not create a false self but rather the illusion is created by focusing on marginal true information and avoiding the bulk of counter data;

4) self-deception is created through transforming incidental events into exaggerated triumphs;

6) these deceptions although false, can be beneficial to the self-deceiver. The net results often generate a false model of the test subject for a variety of reasons that are beyond the capacity of the test to control.

Personality profile tests cannot access the core motivation for predicting behavior because it is something an individual possesses beyond his or her innate sense of self. If personality was the indicator of behavior, such tests still could not ask a sufficient number of questions with required variety of qualities to capture the full domain of any single identity for predictive reasons.

If both of these were possible, the test subject must still correctly interpret the questions, then speculate on their possible reactions to a hypothetical situation, while escaping the conscious and unconscious potential of self-deception. Since the inaccessible unconscious influences the conscious, it is impossible to always rule out deception as a possibility when taking these tests.

This overall lack of connection between test results and actual behavior proves that such tests are reveling only our temporary responses. If they did reveal our identity, the results would reach 100%. 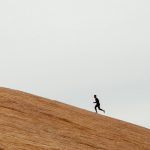 Had Much Success with Success?

Birth of The Real You: The Two Sides of Your Identity 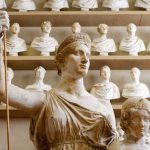